Meet the experienced and friendly doctors and staff who make Drs. Morrill and Diamond the leading provider of vision care products and services in Jefferson City. 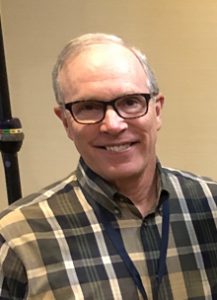 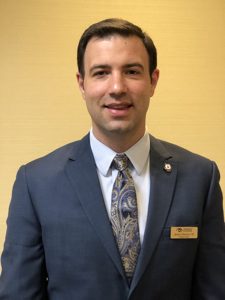 Dr. Diamond is a native of Williamson, West Virginia prior to calling Talbott, Tennessee home in 2007. He is a graduate of Southern College of Optometry in Memphis, TN. Dr. Diamond joined the practice of Dr. Morrill in January 2014. In addition to spending time with his wife and two boys, Dr. Diamond currently serves as the Director of Special Olympics Opening Eyes Program for Tennessee. He has served as a volunteer optometrist with this group since 2007. Special Olympics Opening Eyes is a vision and eye health screening led by volunteer vision care professionals, that is able to offer prescription eyewear, sunglasses, and sports goggles free of charge to Special Olympics athletes. Besides his service to others, Dr. Diamond has served his profession on the Board of Trustees for the Tennessee Association of Optometric Physicians (TAOP) for the past 12 years. In October 2018, he was elected as President of TAOP. Dr. Diamond was recognized by TAOP as “Young Optometrist of the Year” in 2009 for his work with Special Olympics and service to optometry in Tennessee. Dr. Diamond recently was selected as a member of the Tennessee Academy of Optometry. Dr. Diamond also serves on the media team at Arrowhead Church in Morristown, TN.

When out of the office, Dr. Diamond enjoys volunteering in youth sports, hiking, traveling, and is an avid fan of the Marshall University Thundering Herd.

You can schedule your next eye exam with us online!